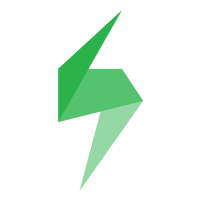 Overview of the Test Repository

Xray v3.0 introduces the Test Repository concept which enables the hierarchical organization of Tests at the project level by allowing you to organize Tests in folders.

This is a different approach from the traditional way of organizing Tests in flat lists by using Test Sets, which was the only available method before Xray v3.0.

Users coming from legacy Test Management tools may find this approach more natural and intuitive. Other organizations may prefer to not enable this feature at all and choose the Test Set approach instead.

Thus, a general setting, available in Global Preferences, allows you to globally opt-in or opt-out of this hierarchical way of organizing Tests.

Aside from these folders, you can also see the actual Test Repository, which contains the hierarchically organized tests.

Within the Test Repository root folder, multiple folders can be created and Tests can be added to them.  The root folder may only contain folders. Similar to traditional operating systems (e.g., Windows, OSX, Linux), Tests may only be part of one folder.

Tests can be "added" (i.e., moved) from the All or from the Orphans meta-folders to the destination Test Repository folder by selecting and moving them using drag-and-drop. Tests can also be moved between folders. You can choose the Tests to add to a given folder by selecting the folder and clicking the Add Tests context action.

Folders can be created at the root of the Test Repository or in any sub-folder within it.

In a given parent folder, folders must not have similar names. For this, Xray does a case-insensitive check of the trimmed folder name whenever you create or rename folder. This means that these folder names would all be considered the same: "  phanTom", "phantom", "PHANTOM". Moreover, folder names must not use the "/" character.

Test Sets are simple, flat lists of Tests that you can use as basis for creating Test Executions or Test Plans. Since the Tests are grouped in some logical way (e.g., grouping all Tests related with regression testing or security or all Tests for a specific component or some high-level feature/business case), a Test can be part of different Test Sets. Test Sets can also be used as a dynamic way to cover requirements.

The Test Repository concept, on the other hand, is similar to the same way you would organize your documents and files in your computer.

Each approach offers advantages and have some possible drawbacks, but they can also work in a complementary way. If used properly, you can use both in more advanced usage scenarios such as using Test Sets to cover complex requirements and using the Test Repository to organize the Tests.

The Test Repository Path of a Test issue is copied to the cloned issue whenever using the Clone/Move from Jira, Clone Plus for Jira or Bulk Clone Professional for Jira assuring that the repository holding the cloned issue has all the folders needed to support the path of that issue.