The Xray team is proud to announce the release of Xray Cloud 1.1.56-2.000.000. This version's major features include parameterized tests, data-driven testing, importing screenshots from Robot Framework, grouping defects and evidence on the overall panel within the execution screen, and an overall UI/UX revamp of the Xray issue panels and execution page.

Test parameterization is a powerful practice that allows the same test to be executed multiple times with different parameters. Parameters are similar to input values (variables) that can change with each execution.

Parameterized tests in Xray are defined just like any other test with the addition of some parameter names within the specification using the following notation: ${PARAMETER_NAME}. This notation is used to reference parameters within the test steps.

Precondition issues can also be parameterized by including parameter names in the precondition specification.

The parameters, along with their values, are defined within a dataset. A dataset is a collection of data represented with a tabular view where every column of the table represents a particular variable (or parameter), and each row corresponds to a given record (or iteration) of the dataset. The number of rows in the dataset determines the number of iterations to execute.

A dataset can be defined in the following entities/scopes:

The closest dataset to the test run will be the one used to generate the iterations, effectively overriding any dataset defined in higher levels.

All iterations for a given test are executed within the context of the same test run. Each iteration can be expanded, and the steps executed individually. The step parameters will be replaced by the corresponding iteration values. The steps affect the iteration status, which in turn affects the overall test run status. 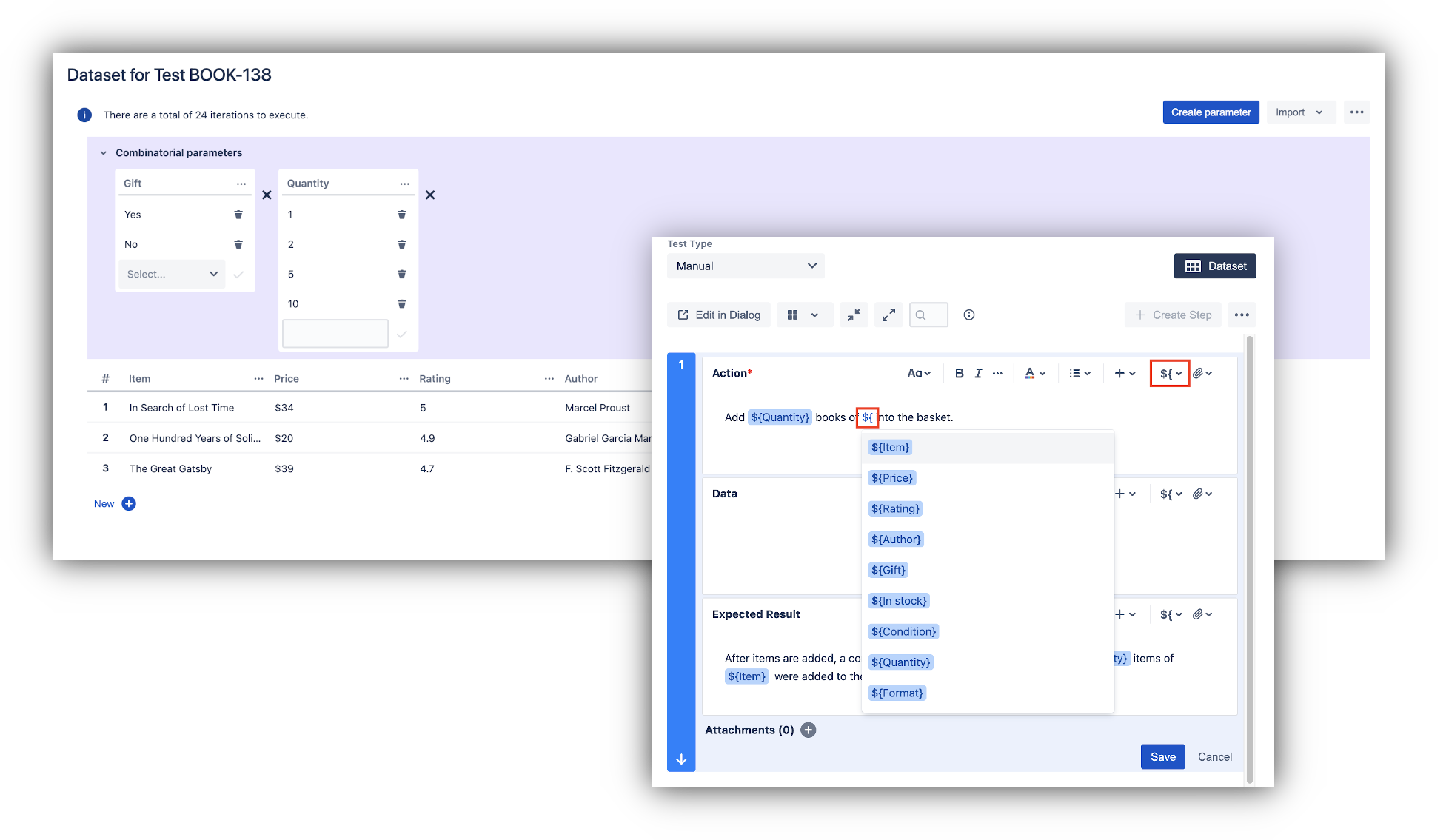 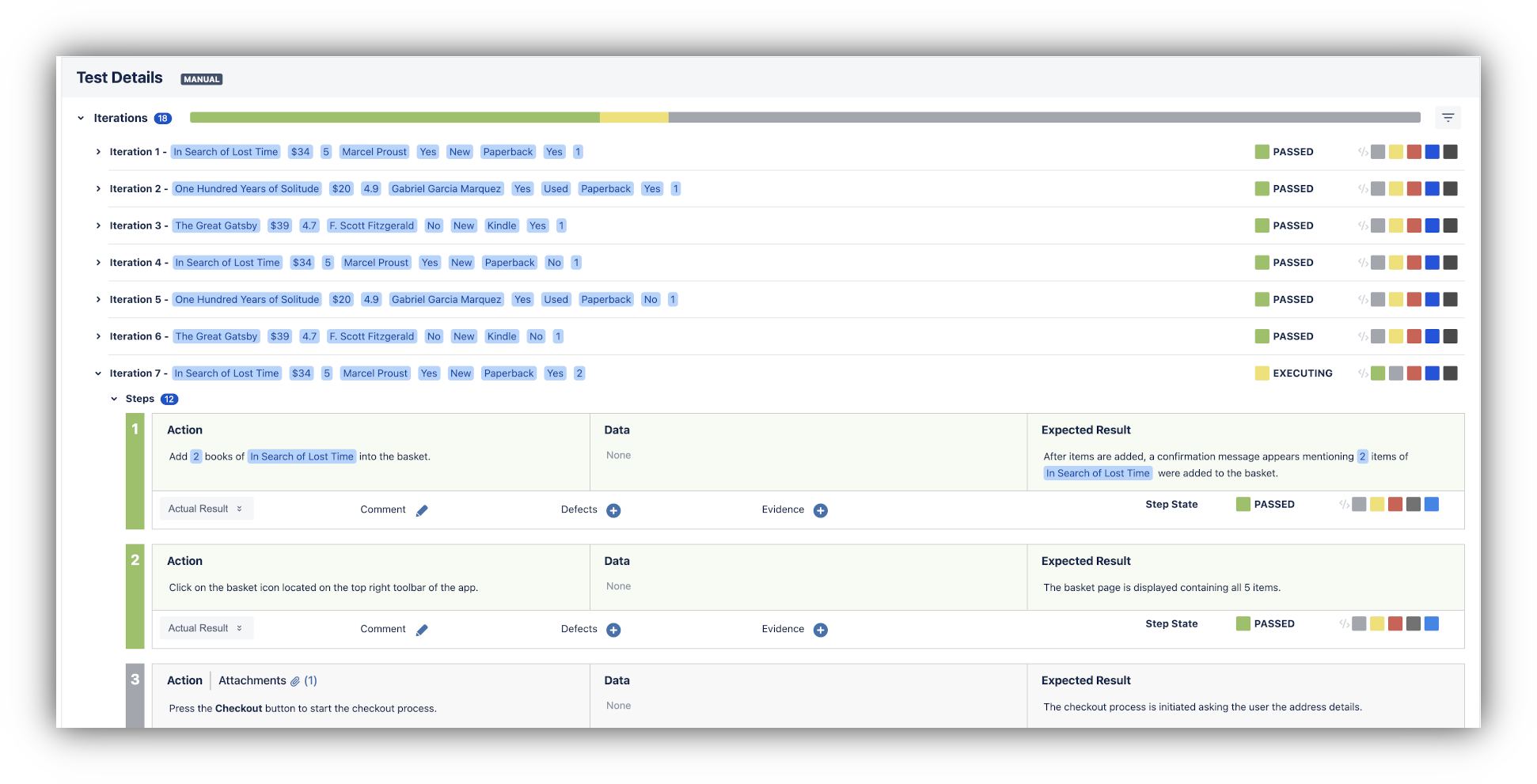 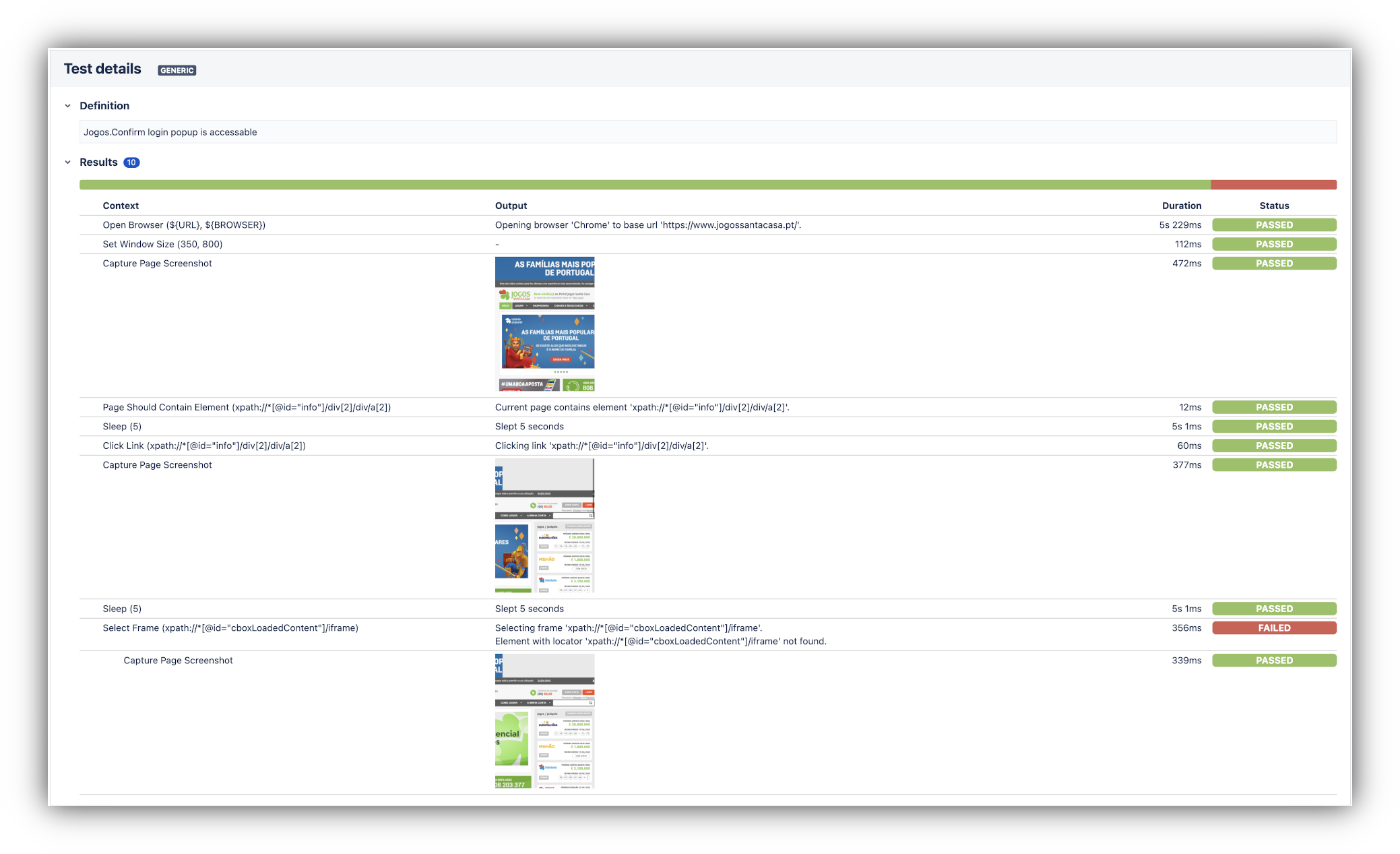 When executing Robot Framework tests, we can capture screenshots after executing certain steps and include them in the execution report.

These screenshots will now be imported by Xray and will be provided on the execution screen as evidence of the execution.

Learn more about this feature here.

We have redesigned some screens and issue panels in Xray.

Xray issue panels (e.g. Test issue) are now organized in tabs. This can effectively reduce page load times when navigating to Xray issues as there is now a single central panel.

The execution page has been improved also. It now features a "findings" section grouping the defects, evidence, and comments sections. This section is collapsed when there are no artefacts (defects, evidence, or comments) focusing the user on what's most important (the test details section) in order to execute the test. 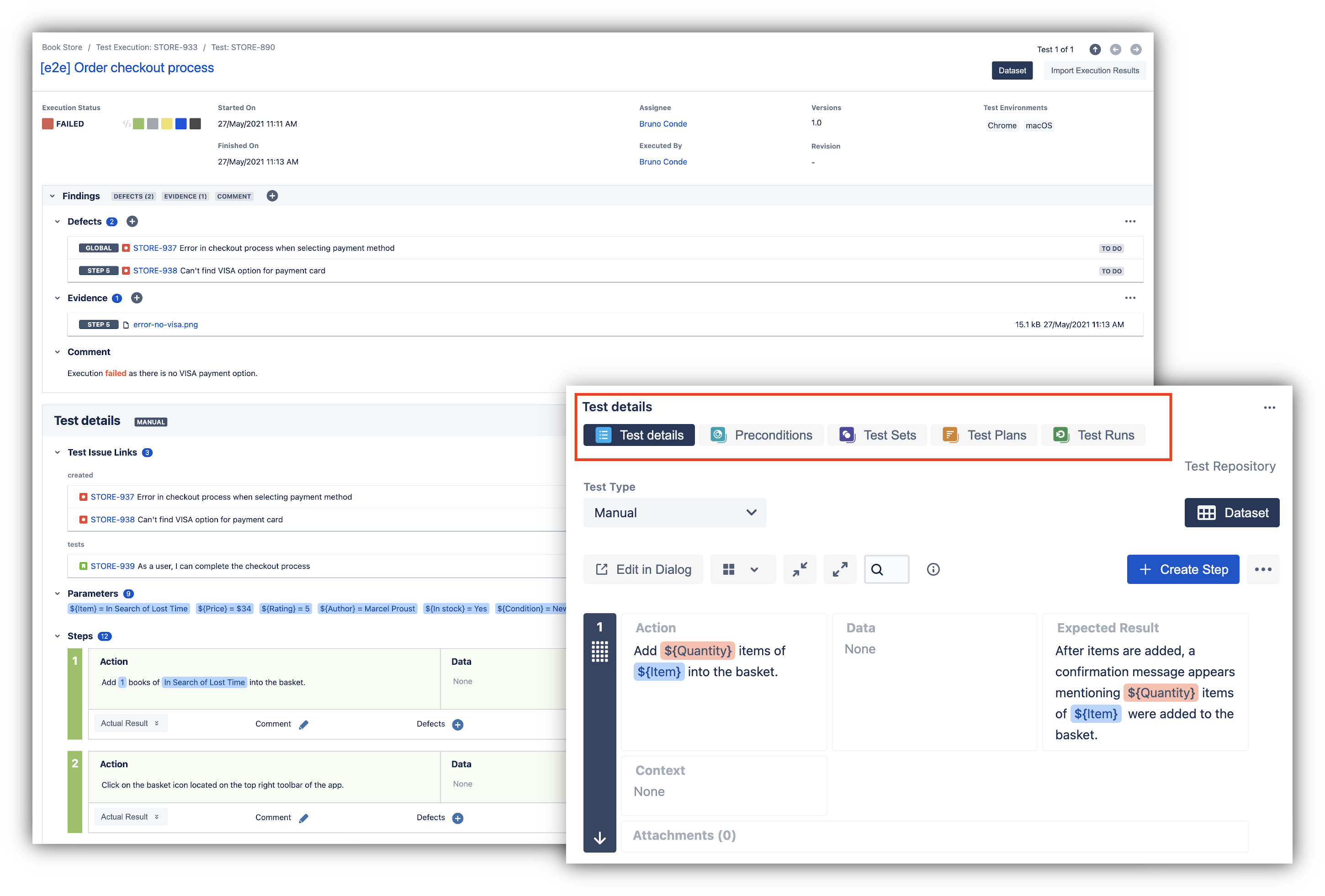 Group defects and evidence on the execution screen

It is now possible to aggregate all defects and evidence on the overall top panel within the execution screen. This way, both the global defects and the defects associated with steps will be shown on the same panel, making it easier to view all the defects created during execution. The same is also true with evidence.

This feature is optional and you can disable it within the execution screen.

Find out more about this feature here.

Just one last, yet important thing...

Documentation is always important and sometimes you may miss it.
Check out these articles that we've recently added to our extensive documentation.

Features and Bug Fixes in this release